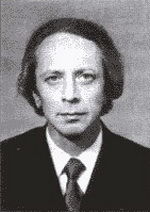 An outstanding Soviet Ukrainian painter and graphic artist. People’s Artist of Ukraine. The artist is a battle figure. Member of the USSR Union of Artists, Professor. The Constantinople Adolf Markovich was born on April 20, 1924 in Kharkov. From 1940 to 1941 he studied at the Kharkov Art College. Member of the Great Patriotic War. Awarded the Order of the Red Star and medals. From 1948 to 1954 he studied at the Kharkov State Art Institute. Teachers: A.Lyubimsky, Y. Balanovsky, G.Tomenko, S.Besedin. Since 1953 he has participated in republican, all-Union and foreign art exhibitions. Since 1958, AM Constantinople. – Member of the Union of Artists of the USSR. From 1954 to 1956 he taught at the Kharkov Art College, and since 1960 – at the Kharkov Art and Industry Institute. Since 1992 he is a professor. Worked in the field of easel and monumental painting. The main works: – “Native Land” (1957), “Soldiers” (1960), “Soviet Power in Ukraine proclaimed. Kharkov 1917” (1960). He participated in the creation of the “October Revolution” panel for the main pavilion of the Exhibition of Economic Achievements of the Ukrainian SSR (1958) and the diorama “The crossing of the Dnieper and the creation of a bridgehead in the area of. Lyutyzh on the approaches to Kiev. ” Personal exhibitions were held in Kharkov (1973, 1983, 1992 and 1998 (retrospective), g.), Kiev (1975). “Honored Artist of the Ukrainian SSR” since 1974. In 1991, awarded the title of “People’s Artist of Ukraine.” He was awarded the Order of the Badge of Honor, the Honorary Diploma of the Presidium of the Supreme Soviet of the Ukrainian SSR. Works by A.M. Constantinople is represented in the National Museum of the History of Ukraine in the Second World War, the National Museum of Art, the Art Museums of Kharkov, Ternopil and Krivoy Rog, in gallery and private collections in Ukraine and abroad. The author’s picture “Native land. On a halt “(1957) is perceived as a historical epic, where life is not raised on the curb and embellished with loud exclamations, but in its harsh and grave truth. The artist does not seek to impress the viewer with the extraordinary nature of the situation or the exceptionality of his characters. Obviously, it is because of this that the artistic image of the picture makes a great impression. A multifaceted crowd takes part in its creation, where every person, if closely examined, has his own biography, and all the picturesque plastic solution of the canvas. Unobtrusive isolation of the central group of fighters who listen to the words of the old soldier is thinly constructed sequence of plans, which makes it possible to feel the depth of space at a very high horizon line, expressively and coloristic solution with a wide gradation of greenish, brown, gray, blue tones and sharp cut-off contrasts. As a result, there is a feeling of special power, powerful and persistent, which can withstand any tests.