Ukrainian Soviet painter and graphic artist. People’s Artist of Ukraine. Member. SC of Ukraine. Mikhail Nikiforovich Cherny was born on November 29, 1933 in the village of. Small Zhmerynka of the Vinnytsia region. In 1963 he graduated from the Odessa Art College. M.B. Grekova. In 1968, M. Cherny graduated from the Kiev State Art Institute, and in 1973 – the creative workshops of the Academy of Arts of the USSR. His teachers were J. Kirichek (OGHU), M. Khmelko, V. Kostetskiy and V. Shatalin (KGHI), M. Deregus and S. Grigoriev (creative workshops of the Academy of Arts). Since 1972 MN Cherny – a member of the Union of Artists of the Ukrainian SSR. In 1973 he became a laureate of the All-Union Memorial of AI Kuindzhi. In 1994, Mikhail Chernoy was awarded the title of “Honored Artist of Ukraine.” In 2009 he received the title of “People’s Artist of Ukraine”. Exhibition activity Black M. began in 1968. His thesis “Marusiny rushniki. Matchmaking “was awarded and exhibited in Leningrad. Since that time, the artist’s painting and graphics have been exhibited in more than two hundred all-Union, republican and personal exhibitions. Black MN – participant of art festivals in Kiev in 1996 and 1997, participant of the open-air festival in Nemyriv and Khust. Major works: Leontovich with the Choir (1976), Lesya Ukrainka on Ivan Kupala (1983), the series Merry Grandfathers (1980s), Soon Holidays (1986), Nastya Prisyazhnyuk (2000), “Memory of M. Deregus” (2002), “Chernobyl Madonna” (2003), “Ataman Green” (2009), etc. The artist’s works are kept in numerous museum and private collections. 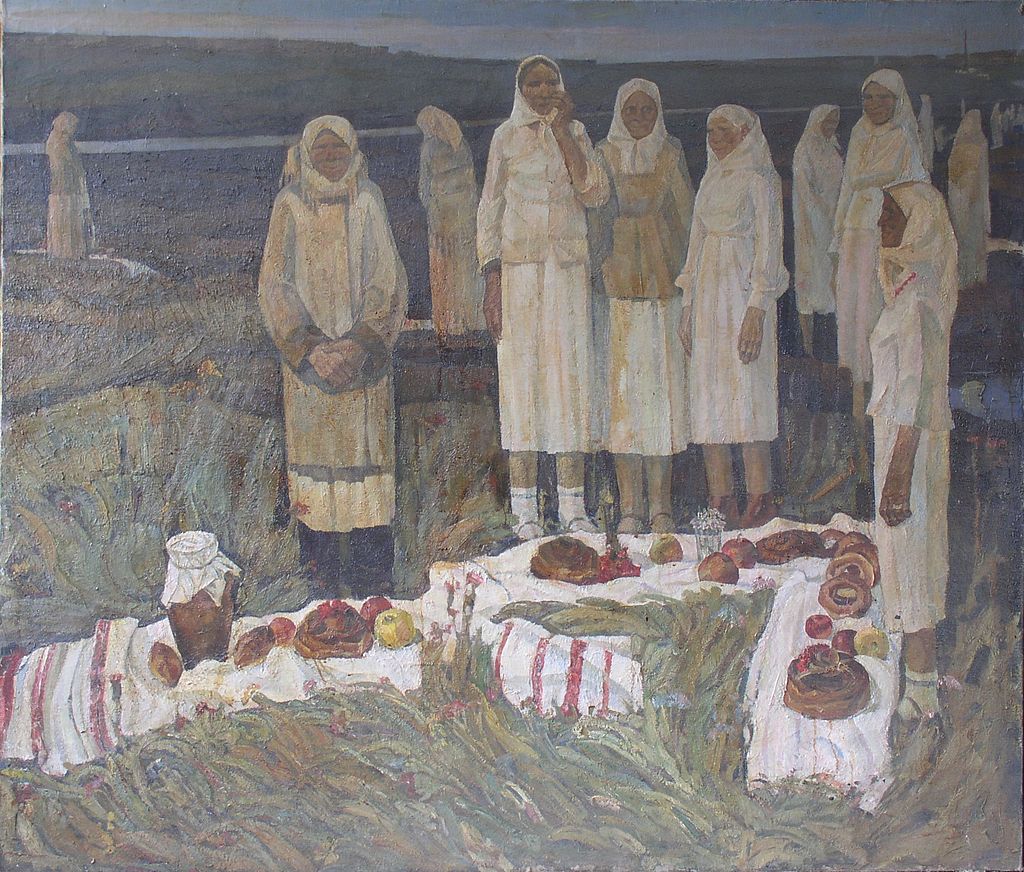 Photo: Black M.N. “Wake at the places of fighting”