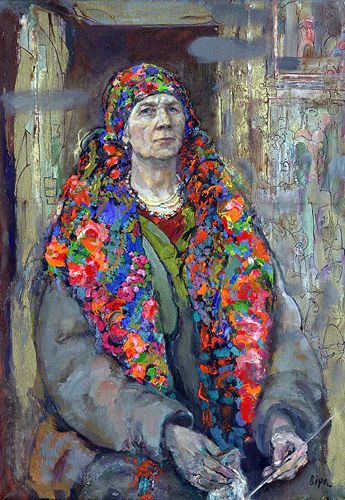 Soviet Ukrainian painter. People’s Artist of Ukraine since 2009. Corresponding member of the Academy of Arts of Ukraine. Member of the USSR Union of Artists. Vera Ivanovna Kuleba was born on December 1, 1938 in the village of Rymarovka, Poltava region. In 1954, she began her studies at the Kharkov Art College. In 1965 she graduated from the Kiev State Art Institute. Teachers on the specialty: Karpo Trokhimenko, V. Kostetsky, Victor Puzyrykov. She continued her studies at the Creative Workshops of the Academy of Arts of the USSR under the leadership of Sergei Grigoriev. I was on probation in Berlin (GDR). In marriage – Barinova-Kuleba. Since 1965 he has participated in republican, all-Union and foreign art exhibitions.
Member of the Union of Artists of the Ukrainian SSR since 1967. Since 1968 he has been a professor at the Department of Painting and Composition of the Kiev Art Institute (now the National Academy of Fine Arts and Architecture), since 1994 – Professor. Worked in the field of easel painting. Having inherited the realistic traditions of the national school of fine arts as the main positions of her work, she produced an original manner of artistic expression, vividly marked by cultural and psychological features of the Ukrainian mentality. In 1989, the artist’s works were presented at the auctions “Christie’s” and “Sotheby’s” in London (Great Britain). “Honored Artist of Ukraine” since 1989. Corresponding member of the Academy of Arts of Ukraine since 2006 In 2009 he was awarded the title of People’s Artist of Ukraine. Vera Ivanovna Barinova-Culeba works are represented in the National Art Museum of Ukraine, in numerous museum, gallery and private collections in Ukraine, USA, Canada, Finland, Switzerland, Great Britain and other countries. 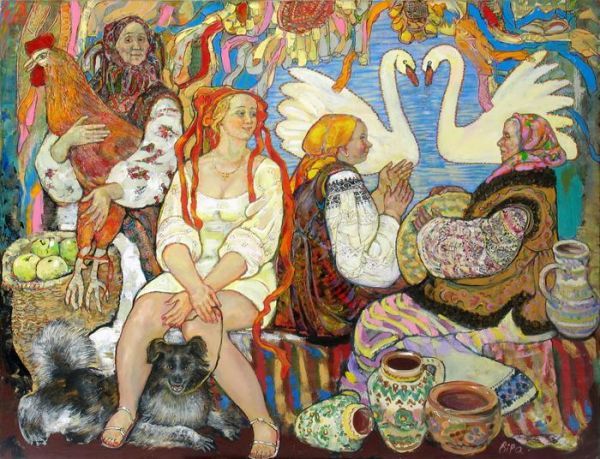 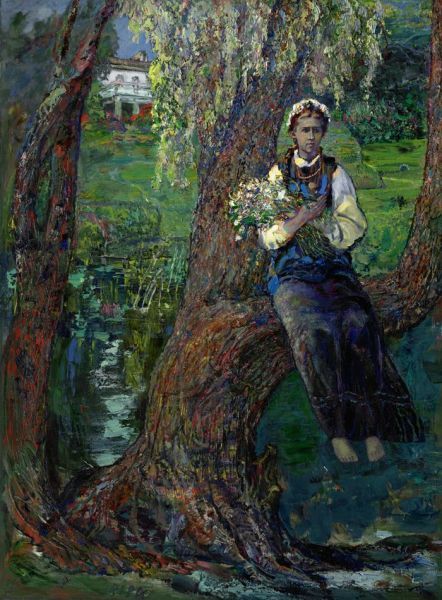