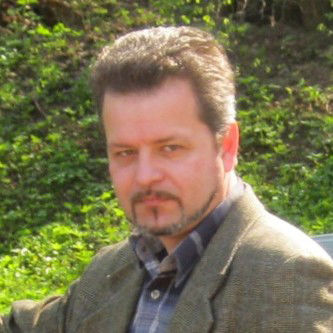 Moldovan artist, portraitist, illustrator. He was born in 1969, in Chisinau, Moldova. In 1983 he was accepted into the II class of the Art School named after. A. Shchusev, the city of Chisinau. In 1986 he was accepted immediately for the II course of the I. Repin art-pedagogical school, the city of Chisinau (teachers Lieberman I., Tikhonchuk M., Stepanov I.). From 1987-1989 he served in the army. Since 1991 – work as an artist-restorer in the Museum of Fine Arts of Moldova in Chisinau. In 1993 – was one of the equipments of the “Chisinau Arbat” (the place of the exhibition and sale of works of art in the open air by free artists of Moldova), which is located between the Organ Hall and the Theater. Eminescu. Exhibitions: 2004 – personal exhibition in Italy (Citta di Marostica). October 28-30, 2008 – Participation in the exhibition-competition “Necropolis 2008”. The first All-Russian competition “THEME OF DEATH IN FINE ARTS”. At the exhibition-contest I presented the first version of the illustration for the story “NOT PEOPLE”. About 300 participants participated and about 900 works were presented. Art projects: November-December 2007 – Illustrating the collection of science fiction stories “RWF Azimut”, №4 and №5. April-October 2008 – Illustrating the new story, the parable of the monk Vsevolod Filipiev “Angels always come,” the continuation of the book “The Chief of Silence.” Lives and works in Chisinau. The author of many portraits of thematic and artistic – philosophical works. Today, this is a well-known and popular artist. His works are popular and art lovers are happy to buy them. Pictures of Victor Arseni-Smelyakov are in private collections all over the world.