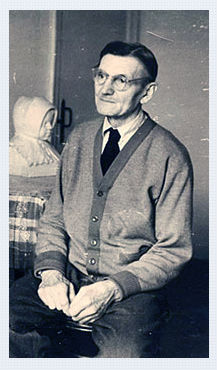 Soviet Ukrainian painter. Member of the USSR Academy of Arts. Vladimir Mikhailovich Sinitsky was born on August 25, 1896 in the village of. Kurisovo-Pokrovskoe of Odessa county of Kherson province (Petrovka village, Odessa region) in the family of a priest. From 1911 to 1918 he studied at the Odessa Art College. His teachers were DK Krainev, KK Kostandi and GA Ladyzhensky. Remembering the years spent in the school, the artist recalled: “Especially much for us, the students, gave Kiriak Konstantinovich Kostandi. He developed in us the ability to see, beautiful beauty and be demanding of his work. ” From 1919 to 1921 he visited Odessa free art workshops, where he continued his studies with Kostandi. In 1922 he became a member of the Union of Workers of Arts (RABIS Union). In 1925 he made his debut at the exhibition of the Society. K. Kostandi. From 1926 to 1928 he studied at the Odessa Art Institute from D. Ya. Dvornikov and P. G. Volokidin. Because of material problems, he was forced to leave his studies and went to work in the artistic and production workshops. In 1927 he participated in the Anniversary All-Ukrainian Art Exhibition in Kiev. Since that time, VM Sinitsky is a regular participant in regional, republican and all-union art exhibitions. Since 1934 – a member of the Union of Artists of the Ukrainian SSR. Worked in the field of easel painting. Master of landscape and still life. It is in the landscapes that the talent, skill and creative individuality of the artist, the integrity of figurative perception, the talent of the colorist are revealed most fully. Personal exhibitions of VM Sinitsky took place in Odessa, Kiev, Kharkov (1959) and Odessa (1976, 1986). He was awarded the badge “For creative success” (1951), the medal “For Labor Distinction” (1960). Major works: “Near the window. Portrait of his wife “(1926),” Early Spring “(1929),” Odessa. City Garden “(1947),” Village of Slobodka Village “(1955),” Native Shores. Oskolicy Odessa “(1956),” Winter “(1962),” In the Park “(1968),” Landscape “(1971). Picturesque and graphic works of V. Sinitsky are in the State Tretyakov Gallery, the National Art Museum of Ukraine, the Odessa Art Museum, the Kharkov Art Museum, the Donetsk Regional Art Museum, the Nikolaev Regional Museum. V. V. Vereshchagin, Berdyansk Art Museum. I. I. Brodsky, in gallery and private collections in Ukraine and abroad.