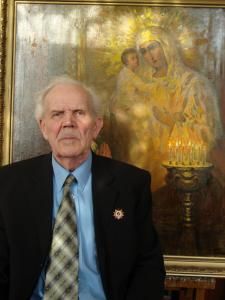 Soviet Ukrainian and Russian painter. People’s Artist of Russia. Honored Art Worker of the Ukrainian SSR. He was born in 1924 in the village of Karavaevo, Vladimir region. Professional training began in the Palekh Art School, then transferred to Ivanovo. He studied under M. Pyren, Professor A. Kuznetsov, Academician L. Sherwood. Member of the Second World War. In 1946 he moved to the Crimea, where he graduated from the Simferopol Art College. NS Samokisha. Member of the Union of Artists of the USSR since 1948. For several years he works as a teacher at Simferopol College, an employee of the Regional Picture Gallery. In absentia finishes Leningrad Institute of Painting, Sculpture and Architecture. I.E. Repin. Since the early 50-ies of the last century actively participates in regional, republican and all-union exhibitions. His paintings are published in the form of postcards in large thousands of copies. From 1955 to 1958 he headed the Crimean regional branch of the Union of Artists of the USSR. In 1955, during the exhibition in the Tretyakov Gallery, two of his works: “Blossoming Almonds” and “Artekovskaya Bay” were liked and were donated to Indira Gandhi and her father, J. Nehru. Crimea, where the artist worked until 1974, undoubtedly occupies a special place in his work. The paintings of the “Crimean period” are filled with amazing light and colors. Here, in the Crimea, Prokhorov was lucky enough to communicate and work in an open air with such painters as Kuprin, Yakovlev, Yuon, Meshkov, Melikhov, Yablonskaya. But not only in the Crimea worked Konstantin Alexandrovich. He made dozens of creative trips throughout the country. He was very fond of traveling on Russian rivers – the Volga, the Yenisei, the Northern Dvina, Sukhona, and Pinega. The last thirty years he has lived and worked in Dmitrov, the love of which can be traced in many of his works. Many of his works are in museums of the country, private collections in Russia and abroad – in France, Germany, USA, Japan, India, Canada, etc. 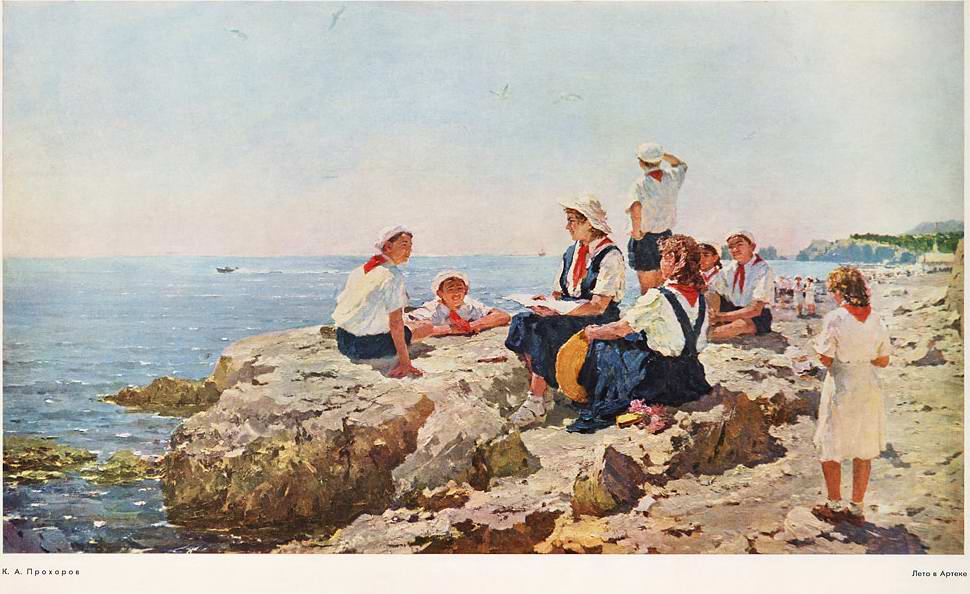