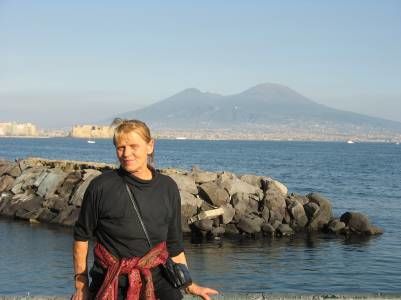 Soviet Ukrainian artist, painter and graphic artist. Member of the USSR Academy of Arts. She was born on May 17, 1939 in the city of Uralsk, Northern Kazakhstan. In 1967 she graduated with honors from the Kiev Art Institute, where she studied under K. Trokhimenko and V. Vyrodova – Gauthier, N. Glushchenko. Painter, graphic artist. Participant of republican, all-Union and foreign exhibitions since 1969. Member of the NSAU since 1987. Spent eight personal exhibitions in Kiev (1994 – 2008). Creativity is associated with the still life, the Ukrainian folk picture, Russian lubok and the search for masters of the avant-garde of the early 20th century. A student of the famous Ukrainian artist Nikolai Glushchenko, who absorbed all the freedom of his painting, which he brought from Paris. He is the author of many articles on fine arts. She was one of the best watercolors among artists of Ukraine. Her work is multifaceted, diverse in color and in a figurative solution. They feel the influence of the Ukrainian folk icon and the Ukrainian avant-garde of the 1920s. Lyudmila Shchukina is recognized by many critics and art critics as one of the best “color artists”, artists who perfectly perceive color and create bright unique combinations on their canvases. The ineffable play of colors in her works amazes with her courage and harmony. All these reflections, having passed through the author’s inner world, have turned into original works that give people unique impressions and feelings. Major works: “Red Roofs” (1997), “White Shell” (1997), “Church of B. Khmelnitsky in Subbotov” (1998), “Macovei” (2000), “Velikden” (2001). Member of the National Union of Artists of Ukraine (1987). October 12, 2008 – died in the city of Kiev. Painting and graphics by Lyudmila Shchukina are exhibited in national and foreign museums, acquired by many private galleries of Canada, Belgium, England, USA, Germany, France, Israel, Poland, Russia, Italy, Sweden. 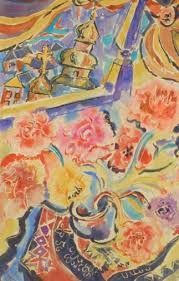