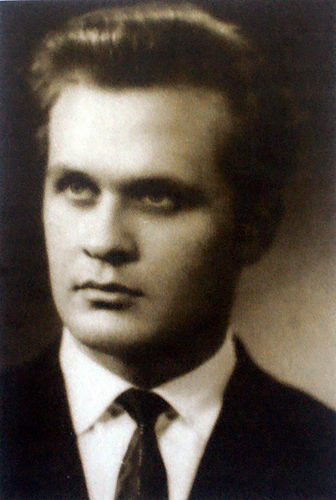 Soviet Ukrainian painter and graphic artist. Master of the landscape. Member of the USSR Academy of Sciences. Alexander Fedorovich Mynka was born on May 15, 1938 in the Donetsk region. The first teacher of drawing was the father of the future artist – Fedor Emelianovich.
After graduation from high school, he served in Vladivostok, where in his spare time he visited the fine arts studio at the House of Culture of the Pacific Fleet sailors. From 1960 to 1965 he studied at the Dnipropetrovsk Art College with K. Berkut and G. Chernyavsky. Diploma robot Alexander Minka became involved in the creation of the diorama Korsun-Shevchenko battle. He continued his studies at the Kiev Art Institute (1965-1970) from V.Kostetskiy, K.Trokhimenko, T. Yablonskaya, Y.Yatchenko, V.Puzyrkov, V.Zabashty. Minka AF – Member of the Union of Artists of Ukraine since 1980. Participant of city, republican, all-Union and foreign art exhibitions.
In 2000, the artist held posthumous solo exhibitions at the National Art Museum of Ukraine and the Ukrainian Cultural Foundation. The works of Minky AF are represented in museum collections of Ukraine, Russia and Kazakhstan, are stored in gallery and private collections in Ukraine, Russia, Japan, France, Canada and the USA.