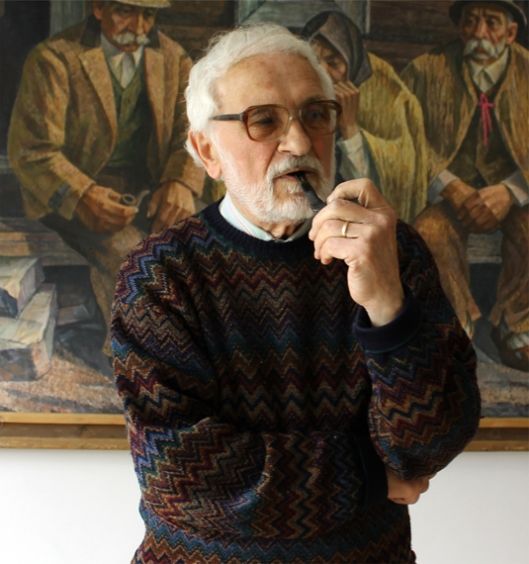 Soviet Ukrainian painter. People’s Artist of Ukraine. Member of the USSR Academy of Arts. Mikita Vladimir Vasilievich was born on February 1, 1931 in the village of Rakoshino, Mukacheve District, Zakarpattia Region (formerly Podkarpatskaia Rus as part of Czechoslovakia) in the family of farmers. Nationality – rusin. After finishing primary school, he entered the Mukachevo gymnasium, where he studied before joining the Transcarpathian Soviet troops. In 1947, after the 9th grade, he passed examinations at the Uzhhorod College of Applied Arts and was accepted for the third year. His teachers were A. Erdeli, I. Bokshay, F. Manaylo, E. Kontratovich. After graduating from the Uzhgorod School in 1950, passed the exams at the Lviv Institute of Applied Arts, but was not enlisted for political reasons. Returning home, he went to work in the regional house of folk art as a methodologist, where he worked before conscription. From 1951 to 1954 he was in the ranks of the Soviet Army on the island of Sakhalin. After demobilization, he was recruited to the Art and Production Workshops of the Art Foundation of Transcarpathia, where he worked until his retirement in 2001. Since 1950 the participant of regional art exhibitions, since 1957 – republican, since 1961 – all-Union, since 1966 takes part in exhibitions abroad (Hungary, Slovakia, France, Romania, Italy, Cyprus, Bulgaria, etc.). In 1962, Mikita V.V. was admitted to the Union of Artists of Ukraine. In 1975, Mikita Vladimir Vasilievich was awarded the title: “Honored Artist of Ukraine”. In 1976, the artist became a laureate of the contest “The Art of the People” of the newspaper Pravda of Ukraine and the Union of Artists of Ukraine. In 1991 he was awarded the title of “People’s Artist of Ukraine”. In 1996 he was elected chairman of the Transcarpathian organization, which he headed until 1999. Since 1999 he taught at the College of Transcarpathian Art Institute. A. Erdeli. In 1995, 2005 and 2010 the artist receives the regional Prize for them. I. Bokshay and A. Erdeli. In 1997 he was elected a corresponding member of the Academy of Arts of Ukraine. In 2004 he was elected an academician of the Academy of Arts of Ukraine. In 2005 he was a laureate of the National Prize of Ukraine. Taras Shevchenko. On February 5, 2006 I received the Gold Medal of the Academy of Arts of Ukraine. On February 28, 2006, by the Decree of the President of Ukraine, he was awarded the Order of Yaroslav the Wise of the 5th degree. Since 2010 – Honorary Citizen of Uzhgorod. In 2011 he was awarded the Prize. Tatiana Yablonskaya for her achievements in the fine arts. February 7, 2011 by the Decree of the President of Ukraine was awarded the Order of Yaroslav the Wise IV degree. His works are in the collections of the Ministries of Culture of Ukraine and Russia, in art museums: Uzhhorod, Moscow, Kiev, Odessa, Nikolayev, Dnepropetrovsk, Zaporozhye, Kirovograd, Sumy, Gorlovka, Ternopil, Ivano-Frankivsk, Sevastopol, Khmelnitsky, Pavlograd, Rivne, Kharkov Lugansk, Uman, Krasnoyarsk (Russia), Vilnius and Kaunas (Lithuania), Kosice (Slovakia), Rozhniava (Slovakia), Spišská Nová Ves (Slovakia), Michalovce (Slovakia), Trebišov (Slovakia), Cologne (Germany), Nyredgyhaza (Hungary), Pancheva (Yugoslavia), Venezuela and in private the world. 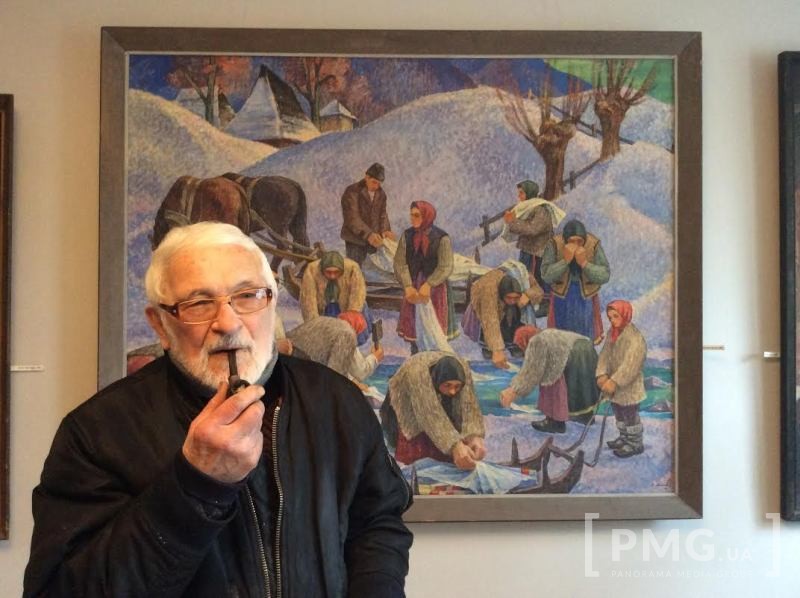 Photo: V. Mikita in his museum Photo: V. Mikita “For the happiness of the grandson”