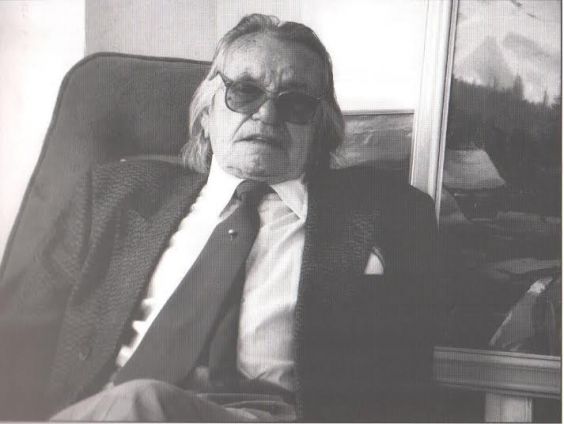 Ukrainian, Hungarian painter. Member of the USSR Union of Artists. Master Transcarpathian landscape and still life. Born Baila Alex Luks, who was known as Adalbert Marton, on March 1, 1913 in the United States of America in the city of Clareton, where his parents left in 1911 in search of a piece of bread, but not finding it, and there, after the birth of his son, returned in 1914 at home, in Rozhnavu (Czechoslovakia). There, in 1925, the boy graduated from primary school. And in 1929 – a gymnasium. Later his father died, and the youth remained an orphan. He lost his mother when he was only 12 … Early lost his parents he gets to the relatives of the Marts, whose surname he took in the future. After the death of his father, the guardian of the boy became Alexander Kardosh, in whose store Adalbert began to work. In his spare time he learned the basics of art from the famous artist in Tikhin Koloman. In 1932 he entered the Art Industrial School in Brno, where he studied until 1934. Subsequently, on the advice of the teachers of the school, he successfully passed the entrance examinations to the Art and Industrial School in the city of Jablontsi, which he graduated with honors in 1936. After that, he was drafted into the Czechoslovak Army, where he served as a private until December 1938. While still a soldier in 1937 in the city of Ichini, along with local artists, he took part in the exhibition. Demobilized from the army, Marton worked for a year in his native Rozhnavi, and in December 1939 he moved to Uzhgorod for permanent residence. In 1941, the artist had his first personal exhibition exhibition, which brought him wide recognition and was well received and widely publicized. After the liberation of Transcarpathia by the Soviet Army and its inclusion in the Ukrainian SSR, A.Marton became an artist of the Promfoto artel in Uzhgorod in 1946, and in 1948 was employed in artistic production workshops where he would work for several decades. Since 1946 he regularly took part in all regional art exhibitions. He was a participant of the exhibition dedicated to the 10th reunion of Transcarpathian Ukraine, with Soviet Ukraine, which was exhibited in Kiev, Moscow, Tallinn and other cities of the Soviet Union, republican exhibition, in Kiev in 1957 and an art exhibition dedicated to the 40th anniversary of the Komsomol held in 1959. of the year . Since October 1960, Adalbert Marton – a member of the Union of Artists of the USSR. Recommendations for his entrance were given to the leading figures of the regional school of painting Joseph Bokshay, Andrei Kotskaya and Gabriel Gluck.
Since 1957 he participated in regional, republican, all-Union and international exhibitions. He moved to Hungary (1972). By the decision of the ХІ Plenum of the Board of the Union of Artists of the Ukrainian SSR on January 14, 1973, Adalbert Marton was expelled from the Union of Artists of the USSR in connection with his departure to Hungary for permanent residence. Major works: “Winter in the Mountains” (1957); “At the logging station” (1958); “In summer” ; “The collective farm series” (1961) “; Winter “(1963) and others. His works are in museums, galleries and private collections in Ukraine, Russia, Hungary, the USA, Canada and Japan.
In 2003, the Hungarian government awarded the artist the Golden Cross for his services to the Republic of Hungary. Adalbert Marton died on March 22, 2007.