Soviet Ukrainian painter. People’s Artist of the USSR. Mikhail Ilyich Krivenko was born on May 10, 1921 in the village of Novokormiha (now Volchikhinsky district of the Altai Territory) in Russia. Until 1944 he studied at the Alma-Ata Art College, in 1950 he graduated from the Kiev Art Institute, where his teachers were: A. Petritsky, K. Yeleva, M. Sharonov, V. Kostetskiy, Yu. Sadilenko, S. Grosh, T. Yablonskaya.
Krivenko M.I. he took part in republican art exhibitions since 1951, in all-Union art exhibitions since 1954, in foreign exhibitions since 1958. Member of the USSR Union of Artists. Worked in the field of easel painting. He is the author of numerous paintings on historical themes. Lived and worked in Kiev. Honored Art Worker of the Ukrainian SSR since 1967. People’s Artist of Ukraine since 1977. Awarded the Order of the Badge of Honor, medals. He died on December 21, 2008. He was buried in the Forest Cemetery in Kiev. The artist’s works are presented in the National Art Museum of Ukraine, in museum and private collections in Ukraine and abroad. 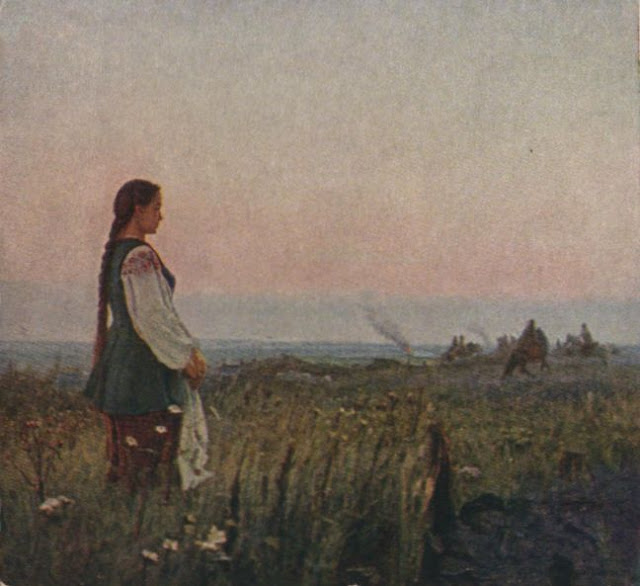