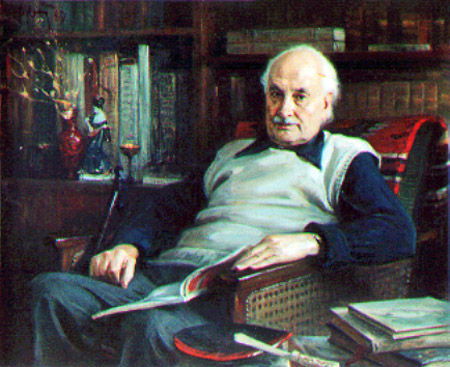 Soviet Ukrainian painter and graphic artist. Member of the USSR Academy of Arts.
Yury Sergeevich Komendant was born on July 8, 1926 in the city of Avdeevka, Donetsk region. In 1949 he graduated from Dnepropetrovsk Art College. Further, he continued his studies at the Kiev Art Institute from I. Shtilman and V. Kostetskii. In 1956, the artist’s diploma was exhibited at the Exhibition of diploma works of students of the Kiev Art Institute, the 1956 edition, which was opened in Kiev in the exhibition hall of the Union of Artists of the Ukrainian SSR. Commandant Y.S. actively participates in city, republican, all-Union and international art exhibitions. Member of the Union of Artists of the Ukrainian SSR since 1973. A vivid representative of the school of socialist realism – he worked in such genres as a thematic picture, a portrait, a landscape, a still-life. Personal exhibitions of the artist were held in Rostov-on-Don (1983) and Donetsk (1990, 1993, 1997, 1998). In 2005 he was awarded the title “Honored Artist of Ukraine”. In December 2012, in the House of Culture Workers of Donetsk, an exhibition-retrospective of the works of Yu.S. Commandant “Man – it sounds proud!”, Prepared by the artist’s son. His works are presented in the Donetsk Art Museum, in museum, gallery and private collections in Ukraine and abroad.