Soviet Ukrainian artist. People’s Artist of the USSR.
He was born on January 1, 1896 in the village of Mikulintsy (now Snyatyn) in the Ivano-Frankivsk region in Ukraine in a large family peasant family. Since childhood, he discovered extraordinary abilities for drawing. After the First World War, he entered the Prague Academy of Fine Arts, where he studied from 1920 to 1926 gg. under the guidance of the professor and rector of the outstanding schedule of Max Schwabinsky. The Prague period became one of the brightest in the artist’s work, brought him European recognition and approval in professional art. After studying the best examples of western and oriental engravings, he performed a series of linocuts, etchings, etchings, which included portraits, genre paintings, illustrations that were made by the artist under the influence of Ukrainian engraving of the 16th-18th centuries. In February 1927, Kasiyan returned to Ukraine and began his pedagogical activity as a professor at the Kiev Art Institute. In 1930, the artist moved to the city of Kharkov and participated in the organization of the Ukrainian Polygraphic Institute. In the war years, together with the institute, Kasiyan was evacuated to the city of Samarkand, where he worked on posters of military, patriotic themes. In 1944, the artist returned to Kiev and continues his work as a professor at the Kiev Art Institute. In the same 1944, Kasiyan Vasily Ivanovich was awarded the honorary title of “People’s Artist of the USSR”. He became the founder of the art school of Ukrainian graphics. In addition to his creative work, V.Kasiyan was an outstanding scientist, art critic and theoretician of Ukrainian and world art. Since 1947 – an active member of the Academy of Arts of the USSR. In 1964, in connection with the 150th anniversary of the birth of TG Shevchenko, for many years of work and the creation of numerous portraits, posters and illustrations of five editions of Kobzar, VI Kasiyanu, the first among artists, was awarded the State Prize of Ukraine behalf of TG Shevchenko. In 1971, for participation in the creation of the 6-volume “History of Ukrainian Art”, the artist was awarded the State Prize of the Ukrainian SSR. By the decree of the Presidium of the Supreme Soviet of the USSR of January 11, 1974, for outstanding contribution to the development of Soviet fine arts and fruitful public activity, the People’s Artist of the USSR Kasiyan Vasily Ilyich was awarded the title of Hero of Socialist Labor with the award of the Order of Lenin and the gold medal “Hammer and Sickle”.
Kasiyan was also an active public figure. From 1962 to 1968 he was chairman of the board of the Union of Artists of the Ukrainian SSR. He was elected a deputy of the Supreme Soviet of the Ukrainian SSR of four convocations.
Kasiyan is an artist with an innate artistic ability, a broad intellect, a knowledge of life and the deep essence of man. Master engraving. For the creative life of the artist created about 10 thousand works: engravings, etchings, illustrations. Lived and worked as an artist in Kiev. He died on June 24, 1976. He was buried at Baykovoye cemetery in Kiev. On the house in which the artist lived, a memorial plaque is installed; his name is called the street.
In 1982, in the homeland of Kasiyan in the city of Snyatyn, the museum of the artist was opened – a branch of the Ivano-Frankivsk Art Museum. 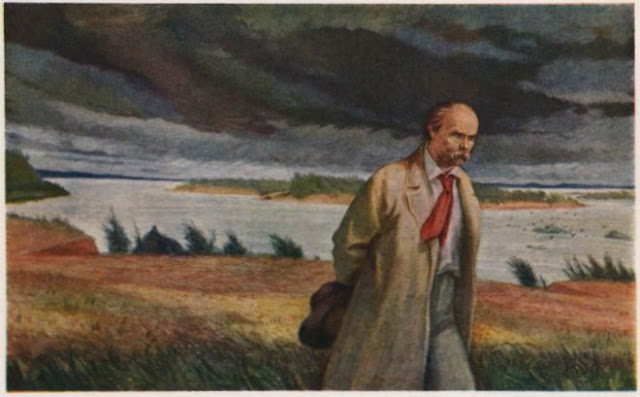