Soviet Ukrainian painter. Member of the USSR Academy of Arts. Bondarenko Nikolai Ignatievich was born on January 2, 1914 in the village of Kartusheno, Lugansk region. In 1931 – 1934 he studied at the Kiev Art Institute, in 1939 – 1941 – at the Odessa Art College. Grekova. He worked as an artist in the editorial offices of the newspapers Vpered in Rovenky (1934-1936, 1938-1939), Kirovogradskaya Pravda in Kirovograd (1951-1954). Member of the Great Patriotic War. Since 1946, Bondarenko N.I. lived and worked in the city of Kirovograd. From 1948 to 1951 – artist of the Kirovograd Society of Artists, from 1951 to 1964 – painter-painter of the Kirovograd Artistic Production Workshops of the Art Fund of the Ukrainian SSR.
Member of the Union of Artists of Ukraine since 1980. Author of landscapes, thematic paintings and portraits.
Nikolai Ignatievich devoted a lot of attention to the landscapes of his native land, he often turned to the historical past of Ukraine. The main works: “Liberation of Kirovograd in 1944”, triptych “The Curse of the War”, “The Battle for Kirovograd” (1974, diorama), “Oat Field” (1975), “The Transition Through the Small Khingan” (1976-78), ” with the victory “(1980),” The patient T. Shevchenko “(1990),” Ukraine has not died yet “(1993-94),” The Ukrainian Madonna “(1995),” The Death of Hetman Ivan Mazepa “(1997-98). are stored in the National Museum of Art, the Kirovograd Regional Museum and other museums and private collections.NI Bondarenko’s creative heritage is hundreds of paintings and graphic works that are in museums and private collections, but a special place in his work is occupied by battle scenes.As an eyewitness and participant of the Great Patriotic War, and in the war he did not for a moment part with a pencil and album, N. Bondarenko tried to truthfully reflect in his picturesque works a cruel and at the same time the heroic page of the history of our people, “The Liberation of Kirovograd in 1944”, “The Banner at the Reichstag”, “Swords to the plow”, “Soldiers of the Great Patriotic War”, “Steppe, steppe …”, “Returned home with Victory” -Gan “,” Veterans “, three quiet “Curse of the war,” diorama “Battle for Kirovograd” and many other paintings are often exhibited at the commemorative and thematic art exhibitions. Participated in republican and regional exhibitions since 1958. Awarded the V.Vinnichenko Prize. He was awarded orders and medals. Lived and worked in the city of Kirovograd. He died in 2000. The artist’s works are presented in private collections in Ukraine and abroad. 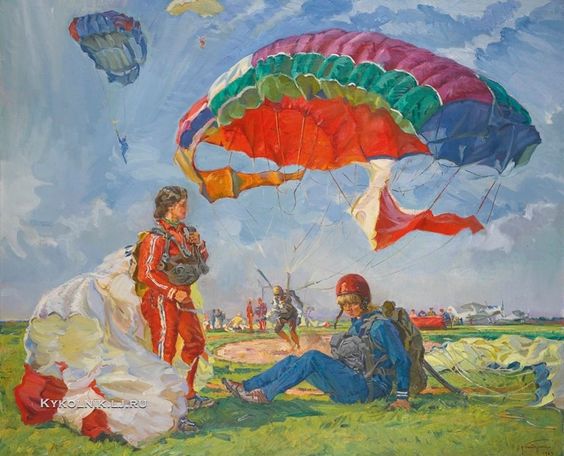