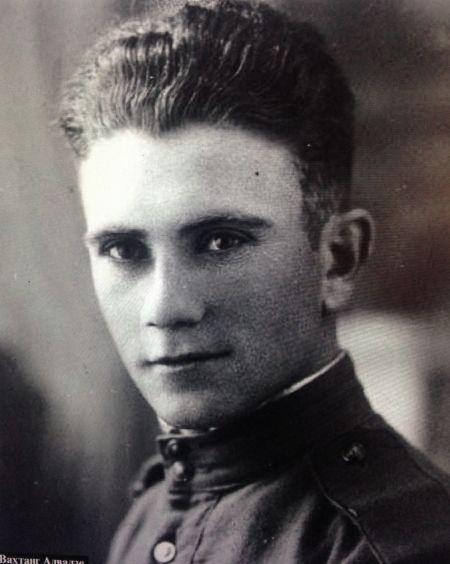 Soviet painter, graphic artist. Member of the USSR Union of Artists. Honored Artist of the GSPC. He was born on December 21, 1919 in the city of Akhaltsikhe. From his childhood he dreamed of becoming an artist. From 1935-1937. studies in Tbilisi at the Art College. Upon completion – studying at the Moscow Art Higher Industrial School (the former Stroganovka). Since November 1939 – the Finnish war has struck. Vakhtang volunteered for the front. The beginning of the Great Patriotic War met in the Baltics, fought on different fronts. After the war, he sent some of his frontline sketches to the Moscow Institute, from where he went to the front with a request for restoration. The answer was received immediately – the famous Soviet artist Alexander Deineka personally appealed to the command about the demobilization of a talented young man – a second year student of the institute. However, for family reasons, in 1946, after demobilization, Vakhtang Advadze was transferred to the Tbilisi Academy of Arts, which ends in 1950. Nine personal exhibitions in various cities (Moscow, Leningrad, Kiev, Rostov-on-Don, Tbilisi, Palanga, etc.). Works are in the collection of the State Tretyakov Gallery and the Museum of Oriental Culture (Moscow), the Russian Museum (St. Petersburg), the Museum of Russian Fine Art (Kiev), the Picture Gallery (Rostov-on-Don), the Museum of Fine Arts of Georgia. Member of the USSR Union of Artists. Honored Artist of the Georgian Soviet Socialist Republic. Knight of the Order of the Badge of Honor. The artist’s works are highly valued by collectors and are extremely rare.